On Wednesday evening, MEP Iuliu Winkler was awarded the Golden Medal of the Society for the Encouragement of Progress (SEP –  Société d’Encouragement au Progrès) at a ceremony held in the rotunda of the Military School in Paris.

At the award ceremony, SEP President Jean-François Roubaud emphasized that this distinction was awarded to MEP Iuliu Winkler for the entirety of his activity and for the results and responsibilities he has assumed in the European Parliament. The decisive contribution of the MEP to the development and consolidation of the relations between the County of Hunedoara and the Franche-Comté Region was also appreciated.

In accepting the SEP distinction, Iuliu Winkler expressed his political creed and stressed that his whole work is based on the idea of ​​progress in the benefit of the citizens. 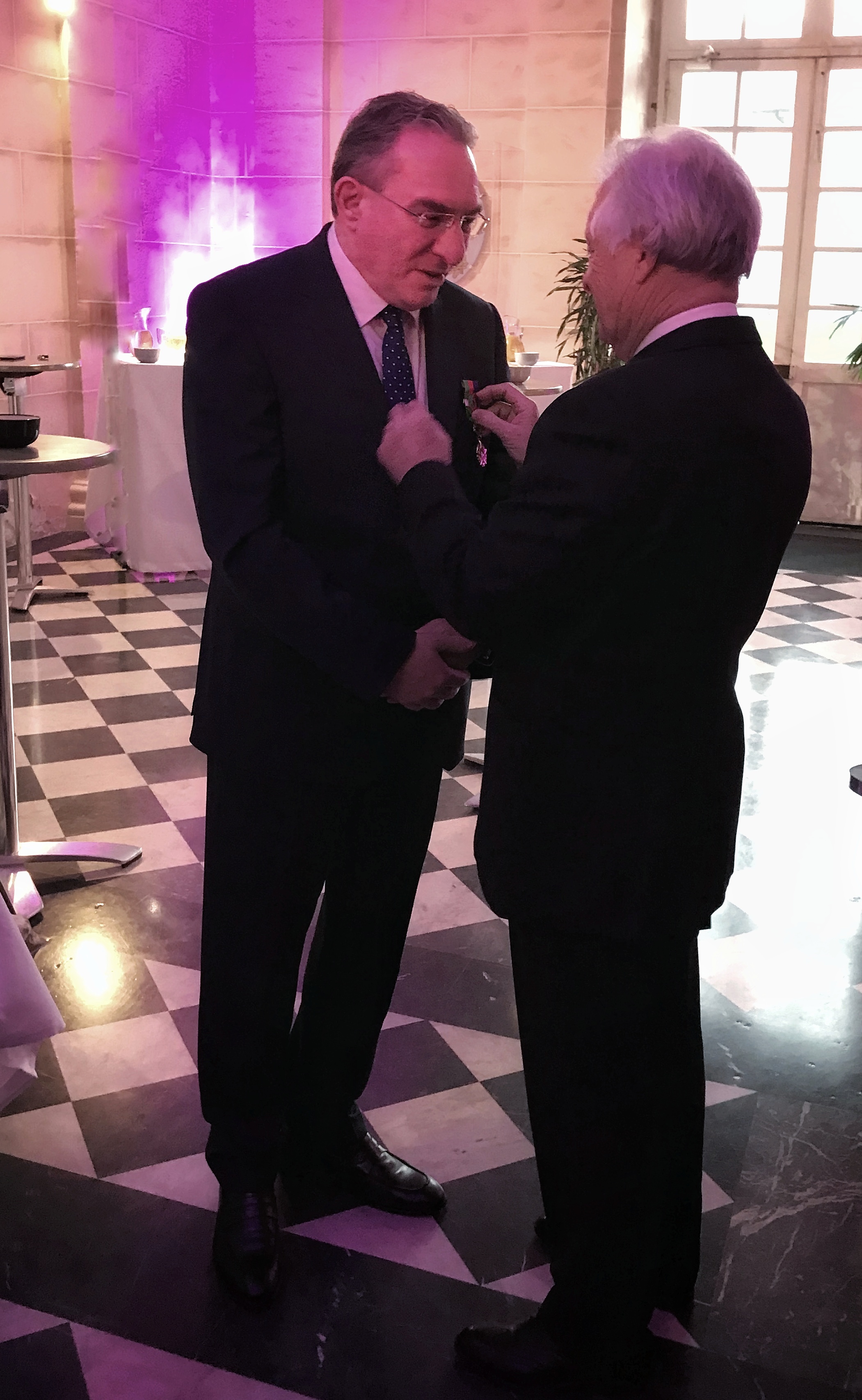 “I come to you from Transylvania, a region of Romania with unique characteristics, which is the native land of three major ethnic communities – Romanian, Hungarian and German. I am a Hungarian from Transylvania, one of the politicians of my community. My entire political activity takes place within the organization that represents the Hungarian community in Romania – the Democratic Alliance of Hungarians in Romania. My political vision is that of a Europe of nations, regions and communities; a Europe in which human dignity and freedom are inviolable; a Europe that respects the aspirations for prosperity of its citizens, which provides everyone with the possibility of unleashing their creative energies; a Europe of progress, welfare and peace. (…) The most noble mission that politicians can assume is to dedicate themselves to achieving progress, to be in the service of the intangible values ​​of humanism, to keep future generations in their minds and souls while they undergo their work. (…) For me it will be a beautiful challenge to always be at the height of the expectations that arise from receiving this distinction. In my work, I will continue to guide myself by the noble idea of ​​progress in the name of the universal values ​​of humanism and in serving the progress of European communities. This is how I believe I can make my modest contribution to the progress of all humanity and to ensuring a better future for us all”, said Winkler in accepting the SEP distinction.

“Those who share the faith in progress and have the sense of duty towards our children and the world must act in accordance with their beliefs,” states the SEP statute, which, for over a century, has served the promotion of humanism by supporting progress in all areas.

SEP was founded in 1908 in Paris. Amongst its founders were brothers Auguste and Louis Lumière, the inventors of the cinema, Albert Lebrun, the last president of the 3rd French Republic, Paul Painlevé, a mathematician and twice the prime minister of France, Louis Cailletet, physicist and inventor, or inventors Édouard Belin and Édouard Branly.

The founding members wanted SEP to be the organization that annually assigns the French equivalent of the Nobel Prize to those who, through their work, either scientific, literary, political, etc., have brought benefits to humanity.

At the Paris ceremony, former Prime Minister Jean-Pierre Raffarin and French writer of Iranian origin Cécile Ladjali were awarded the Golden SEP Golden Medals for their work in the service of progress.